Will magnets damage my smartphone?

In this article, I’ll give you a brief introduction to what your smartphone is made of and what happens if you put it next to a magnet?
What parts of a smartphone do magnets affect?
Screen – in the old days, the size of a cell phone and cereal box, and the back end of a PC monitor the size of a Ford Escort, these monsters were very vulnerable to magnetic interference. Placing a magnet near the CRT screen produces a series of Psychedelic colors. This is because CRT displays produce light by emitting a well focused electron beam, which deflects through a magnetic field to produce images. Therefore, an external magnetic field will interfere with the magnetic field needed to create the image in the first place. However, LCD screens used in modern smartphones are generally not affected by magnets.
Data storage – the memory chip of modern smartphones such as the iPhone is a “flash” drive that cannot be removed with a magnet because there are no magnetic components in the chip.
Digital compass – the digital compass in a smartphone like the iPhone is like a magnetic compass, and its accuracy, like a traditional compass, is affected by a strong external magnetic field.
Location service – your smartphone uses the built-in GPS system to determine your location. Because GPS uses satellite signals instead of geomagnetism, it is not vulnerable to magnetic interference.
Magnetometer – the magnetometer on your smartphone allows your device to detect the strength and direction of the magnetic field. It is compatible with the digital compass, but is also used by many other available applications. This particular little device can be affected by a very strong magnetic field.
Speakers – speakers on smartphones, like other speakers, require magnets to work, so they are not affected by external magnetic fields. So, in short, unless your smartphone is exposed to a real magnet for a long time, the only thing you can damage is the digital compass.
Therefore, in daily use, your mobile phone may come into contact with magnets, such as magnets on magnet boxes, brackets, wallets or handbags, which will not have any problems.

In general, magnets are not a killer of digital devices. They can even make audio, smart phones and other devices have more functions. Therefore, we don’t need to be afraid of them.

How much influence do magnets have on mobile phones? 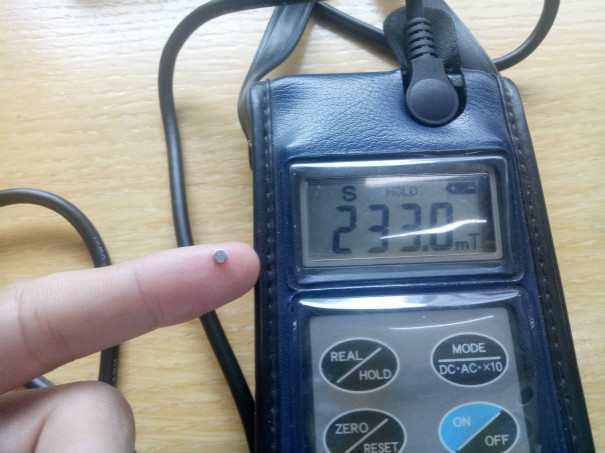 How much influence do magnets have on mobile phones
Share:
PREV： What is the pulling force of N35 neodymium magnet?
NEXT： Why is the corrosion resistance of sintered NdFeB poor?