What is soft magnetic material

What is soft magnetic material? 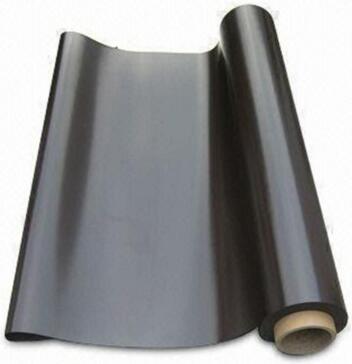 (1) Pure iron and low carbon steel
The carbon content is less than 0.04%, including electromagnetically pure iron, electrolytic iron and carbonyl iron. It is characterized by high saturation magnetization strength, low price and good processing performance; however, its low resistivity and high eddy current loss in alternating magnetic field are only suitable for static use, such as manufacturing electromagnetic cores, pole boots, relays and speaker magnetic conductors, magnetic shields, etc.
(2) FeSi alloy
Silicon content 0.5% ~ 4.8%, generally made of thin plate, commonly known as silicon steel sheet. When silicon is added to pure iron, the magnetic properties of magnetic materials can be eliminated with the use of time. As the silicon content increases, the thermal conductivity decreases, the brittleness increases, and the saturation magnetization strength decreases, but its resistivity and permeability are high, and the coercivity and eddy current loss decrease, so that it can be applied to the field of AC, manufacturing motors, transformers, relays, mutual inductors, and other iron cores.
(3) FeAl alloy
Containing 6%-16% aluminum, it has good soft magnetic properties, high permeability and resistivity, high hardness, good wear resistance, but brittle, mainly used in the manufacture of small transformers, magnetic amplifiers, relays and other cores and magnetic heads, ultrasonic transducers, etc.
(4) FeSiAl alloy
It is obtained by adding silicon to binary iron-aluminum alloy. Its hardness, saturation magnetic induction strength, magnetic permeability and resistivity are high. The disadvantage is that the magnetic property is sensitive to the fluctuation of the composition, brittle, and poor processing performance. It is mainly used for audio and video heads.
(5) Nickel-iron system alloy
Nickel content of 30% to 90%, also known as PoMo alloy, through the alloying element ratios and appropriate processes, the magnetic properties can be controlled to obtain high permeability, constant permeability, moment magnetic and other soft magnetic materials. Its high plasticity and sensitivity to stress can be used as pulse transformer materials, inductor cores and functional magnetic materials.
(6) Iron-cobalt system alloy
Cobalt content 27%～50%. It has high saturation magnetization strength and low resistivity. Suitable for manufacturing pole boots, motor rotors and stators, small transformer cores, etc.
(7) Soft magnetic ferrite
Non-metallic subferromagnetic soft magnetic material. High resistivity (10-2 ~ 1010Ω-m ), lower saturation magnetization strength than metal, low price, widely used as inductive components and transformer components (see ferrite).
(8) Amorphous soft magnetic alloy
A non-long-range ordered, grain-free alloy, also known as metallic glass, or amorphous metal. Its high permeability and resistivity, small coercivity, insensitive to stress, there is no anisotropy of the magnetic crystal caused by the crystal structure, corrosion resistance and high strength and other characteristics. In addition, its Curie point is much lower than that of crystalline soft magnetic materials, and the electric energy loss is greatly reduced, which is a new type of soft magnetic material being developed and utilized.
(9) Super microcrystalline soft magnetic alloy
A soft magnetic material discovered in the 1980s. It is composed of crystalline phase less than 50 nm and amorphous grain boundary phase, which has better comprehensive performance than crystalline and amorphous alloy, not only high permeability, low coercivity, small iron loss, and high saturation magnetic induction strength and good stability. Now the main research is on iron-based super-microcrystalline alloys.

Soft magnetic ferrite is characterized by low saturation flux density, low permeability, low Curie temperature, low medium and high frequency losses, and low cost. The first three low are its disadvantages, limiting its use, and now (early 21st century) efforts are being made to improve them. The last two low are its advantages, which facilitate access to the high-frequency market, and now (early 21st century) efforts are being made to expand them.
Taking the loss at 100kHz, 0.2T and 100℃ as an example, TDK’s PC40 is 410mW/cm3, PC44 is 300mW/cm3, PC47 is 250mW/cm3. TOKIN’s BH1 is 250mW/cm3, and the loss is constantly decreasing. JP4E produced by Jinning in China also reaches 300mW/cm3.
TDK’s PC50 operates at 500kHz to 1MHz, FDK’s 7H20 and TOKIN’s B40 operate at 1MHz, and Philips’ 3F4, 3F45 and 3F5 all operate at over 1MHz. The operating frequency of DMR1.2K from East Magnetic even exceeds 3MHz, reaching 5.64MHz.
Magnetic permeability is the weak point of soft magnetic ferrite. Now (early 21st century) domestic production is generally around 10,000. Foreign TDK’s H5C5, Philips’ 3E9, reached 30,000 and 20,000 respectively.
The research on the synthesis of MnZn ferrite materials using SHS method is noteworthy. Experimental results with this method show that the manufacturing energy consumption and cost of ferrite can be greatly reduced. Successful experiments have been reported in China.

After debates, now (early 21st century) a consensus has been achieved on magnetic powder cores, etc., which is considered to be soft magnetic composites. Soft magnetic composites are formed by uniformly dispersing magnetic particles in non-magnetic materials. Compared with traditional metal soft magnetic alloys and ferrite materials, it has many unique advantages: magnetic metal particles are dispersed in non-conductor objects, which can reduce high frequency eddy current loss and increase application frequency; it can be processed into powder cores by both hot pressing method and injection molding into complex shaped magnets by using the current (early 21st century) plastic engineering technology; it has small density, light weight, high production efficiency, The advantages are low density, light weight, high production efficiency, low cost, and good product repeatability and consistency. The disadvantage is that the magnetic permeability is now (early 21st century) generally within 100 because the magnetic particles are separated from each other by non-magnetic bodies and the magnetic path is isolated. However, using nanotechnology and other measures, magnetic permeability exceeding 1000 and up to 6000 has been reported abroad.
The magnetic permeability of soft magnetic composites is influenced by many factors, such as the composition of magnetic particles, shape of particles, size, filling density, etc. Therefore, it can be adjusted according to the operating frequency.
Magnetic powder cores are typical examples of soft magnetic composites. Now (at the beginning of the 21st century) some soft magnetic ferrite has been replaced in inductors from 20 kHz to 100 kHz or even 1 MHz. An example is the iron-silicon aluminum magnetic powder core with 8.8% silicon and 5.76% aluminum, the remainder being entirely iron. The cores are made of 13×8×5 toroidal cores with silicone resin as adhesive and 1% stearic acid as lubricant under 2t/cm2 pressure and annealed in hydrogen at 673°K, 773°K and 873°K to achieve permeability of 100, 300 and 600 with low loss at 100kHz. It has been used instead of soft magnetic ferrite and MPP powder cores in inductors.
Soft magnetic composite materials for inductors for high power supplies, powder cores, have been developed and studied. Below 20 kHz, the magnetic permeability is essentially constant. At 1.0T, the permeability is about 100. 50Hz-20kHz loss is small, large cores of 100kg weight or more can be made, and in the audio range under 20kHz, the noise is 10dB lower than that of toroidal ferrite cores. can replace silicon steel and soft magnetic ferrite in high-power power supplies.
Cobalt/silicon dioxide (Co/SiO2) nanocomposite soft magnetic materials have been used to make large size cores different from thin films. The average size of cobalt particles is 30 μm and the filling degree is 40% to 90%. After stirring, the Co/SiO2 nanocomposite powder is formed by annealing and then pressed into a toroidal core. The magnetic permeability is up to 16 up to 300 MHz. the permeability of Ni-Zn ferrite is 12, and it decreases rapidly after 100 MHz. It proves that soft magnetic composites can also replace part of the ferrite market at high and ultra-high frequencies.