Since the advent of NdFeB permanent magnet materials in the 1980s, they have been widely used in various fields such as automobiles, wind power, aerospace, and military industries with excellent magnetic properties. In recent years, the demand for wind power generation and new energy vehicles has been increasing. This puts forward higher requirements on the coercivity and temperature stability of NdFeB permanent magnet materials.

Since the magnetocrystalline anisotropy field of the Dy2Fe14B phase is much stronger than that of the Dy2Fe14B phase, and the Curie temperature is relatively high, the coercive force and temperature stability of the material can be greatly improved, and the coercive force and use temperature requirements are higher. In sintered NdFeB materials, the content of dysprosium is very high, some can reach more than 10%. Everyone knows that the price of heavy rare earth element dysprosium and terbium is relatively high, and a large amount of addition will increase the production cost of NdFeB. Therefore, how to reduce the amount of dysprosium and terbium under the premise of ensuring high coercivity and temperature stability has become an important issue. 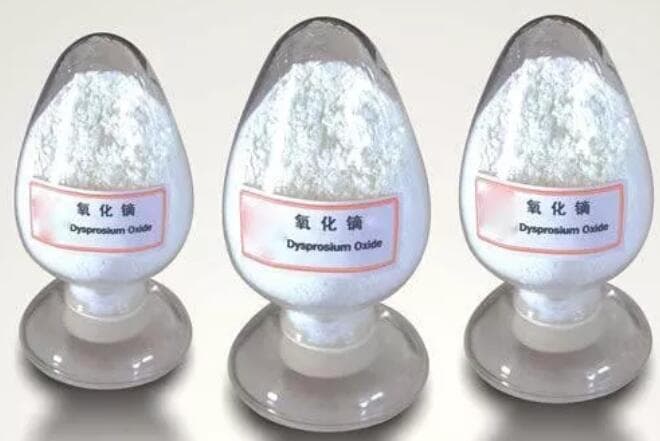 The traditional method of adding elements is to add in the smelting process, that is, to smelt Dy, Tb and Nd, Fe, B and other elements together, and Dy is distributed in the grain boundary and the main phase of the grain in the finished magnet. However, studies have shown that Dy at the grain boundary has the most significant effect on improving the coercivity, and the traditional method of element addition is a bit “a waste of resources”.
Japanese researchers first put forward the concept of “grain boundary diffusion”. They used a special process to make Dy only exist in the grain boundary without entering the crystal through diffusion. This not only improved the performance of NdFeB material, but also greatly reduced Dy. The total amount of elements reduces the cost of materials. They deposit Dy vapor on the surface of the particles during the powdering process, and Dy atoms diffuse along the grain boundaries during the subsequent sintering process. Dy and Fe located at the grain boundary are antiferromagnetically coupled. With almost no reduction in remanence, the coercivity of the material increases from 800kA/m to 1800kA/m.
The damage of the magnet surface after machining will lead to the weakening of the magnetic properties. Especially for small-sized samples, the coercive force decreases significantly. The use of grain boundary diffusion technology can repair and increase the magnetic properties of the magnet surface. At present, the grain boundary diffusion technology has received widespread attention, and its preparation processes mainly include evaporation diffusion, magnetron sputtering, and surface coating.

Unlike the evaporation diffusion method described above, magnetron sputtering separates the Dy deposition process from the diffusion process. It deposits Dy on the surface of the original magnet by physical sputtering and then performs high-temperature diffusion. Magnetron sputtering has the advantages of uniform film preparation and obvious coercivity improvement effect.
Research experiments have shown that the coercive force of N35 sintered and tempered magnets is increased by 708.44kA/m and 665.46 when the remanence is only reduced by 0.009T and 0.03T after the sputtering infiltration Dy treatment. kA/m, the increase was as high as 73.5% and 64.8%, and the average mass fraction of Dy element of the magnet after Dy infiltration treatment did not increase by more than 0.4%. In the magnets treated with Dy, Dy is concentrated in the Nd-rich phase in a continuous band, which makes the Nd-rich phase more continuous and smooth. The improvement of the structure of the Nd-rich phase is one of the reasons for the increase in coercivity. The formed (Nd,Dy)2Fe14B epitaxial layer has a larger magnetocrystalline anisotropy field, and the hardening of the grain epitaxial layer can better inhibit reverse domain nucleation, which is also the main reason for the increase in coercivity. 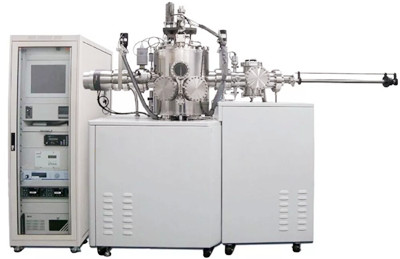 The surface coating method refers to directly coating the rare earth compound on the surface of the original magnet sample, and then performing high temperature heat treatment and diffusion in a rare gas atmosphere after drying. Using this method can significantly improve the coercivity of the magnet. The advantage is that the process is simple and convenient, but the disadvantage is that it is easy to cause uneven coating and insufficient diffusion.
Source: China Permanent Magnet Manufacturer – www.rizinia.com