What is a permanent magnet synchronous motor

What is a permanent magnet synchronous motor?

The permanent magnet synchronous motor provides excitation with permanent magnets, which makes the motor structure simpler, reduces processing and assembly costs, and eliminates the collector ring and brushes, which are prone to problems, improving the reliability of motor operation; and because there is no excitation current, there is no excitation loss, improving the efficiency and power density of the motor.
The permanent magnet synchronous motor is composed of stator, rotor and end cap. The stator is basically the same as the common induction motor, and the laminated structure is used to reduce the iron consumption when the motor is running. The rotor can be made solid or laminated. The armature winding can be made of centralized whole pitch winding, or distributed short pitch winding and unconventional winding.

Classification by frequency of power supply

Classification according to the distribution of air gap magnetic field

Direct Self-Control (DSC) models the magnetic chain and electromagnetic torque in the stator stationary coordinate system and applies different voltage vectors to control the electromagnetic torque and stator chain. The direct torque control method has the advantages of simple algorithm and good torque response, therefore, it is widely used in applications requiring high transient torque response.
Due to the inherent disadvantages of the control, the direct torque control method has low control frequency and high torque pulsation at low speeds. Therefore, the reduction of torque pulsation at low speeds has become a hot topic of research in direct torque control methods, and Sun Xiaohui et al. reduced the torque pulsation at low speeds by optimizing the voltage vector action time with good results.

Vector control technology was born in the early 1970s. The vector control system of permanent magnet synchronous motor is based on the control strategy of DC motor, using coordinate transformation to decompose the collected vectors of motor three-phase stator current and magnetic chain into two components according to the direction of rotor magnetic chain, which is a rotating vector, one is along the direction of rotor magnetic chain, called straight-axis excitation current; the other is orthogonal to the direction of rotor magnetic chain, called cross-axis torque current. The excitation and torque currents are adjusted according to different control objectives to achieve precise control of speed and torque, so that the control system can obtain good steady-state and dynamic response characteristics.
According to different control objectives, the vector control algorithms of permanent magnet synchronous motor can be divided into the following categories: id=0 control, maximum torque/current control, weak magnetic control, etc. All these performance targets can be achieved by independent control of the straight-axis excitation current and the cross-axis torque current.

In order to improve the torque characteristics of motors, many scholars and research institutions have made bold attempts and innovations in the structural design of permanent magnet synchronous motors, and many new advances have been made. In order to solve the contradiction between slot width and tooth width, transverse flux machine technology has been developed, in which the armature coil and slot structure are perpendicular in space and the main flux flows along the axial direction of the motor, thus increasing the power density of the motor; the double-layer permanent magnet arrangement is used to increase the cross-axis conductance of the motor, thus increasing the output torque and maximum power of the motor. Changing the stator tooth shape and pole shape to reduce the torque pulsation of the motor, etc.

With weak magnetic control, the operating characteristics of PM synchronous motors are better suited to the drive requirements of electric vehicles. With the same power requirements, the inverter capacity is reduced and the efficiency of the drive system is improved. Therefore, it is common for permanent magnet synchronous motors for electric vehicle drive to adopt weak magnetic expansion speed. For this reason, research institutes at home and abroad have proposed various solutions, such as adopting a double-set stator structure and using different windings at different speeds to maximize the use of the permanent magnet magnetic field; adopting a composite rotor structure and increasing the reluctance section of the rotor to control the reactance parameters of the motor’s straight and cross shafts to increase the motor’s speed expansion capability; and adopting a deep slot in the stator to increase the straight shaft leakage resistance to expand the motor’s speed range.

Causes and preventive measures of demagnetization of permanent magnet motor

Once the permanent magnet motor loses excitation, it can only choose to replace the motor, and the maintenance cost is a lot. How to judge the loss of excitation of the permanent magnet motor? Let’s go on.
1. When the machine starts running, the current is normal. After a period of time, the current becomes larger. After a long time, it will report that the frequency converter is overloaded.
Firstly, it is necessary to make sure that the type selection of the frequency converter of the air compressor manufacturer is correct, and then confirm whether the parameters in the frequency converter have been changed.
If there is no problem with both, it is necessary to judge through the back electromotive force, disconnect the head from the motor, carry out no-load identification, and operate at no-load to the rated frequency. At this time, the output voltage is the back electromotive force. If it is more than 50V lower than the back electromotive force on the motor nameplate, the demagnetization of the motor can be determined.
2. After demagnetization, the operating current of permanent magnet motor will generally exceed the rated value
Those cases that report overload only at low speed or high speed or occasionally report overload are generally not caused by demagnetization.
3. Demagnetization of permanent magnet motor takes a certain time, some months or even a year or two
If the manufacturer’s selection error leads to current overload, it does not belong to motor demagnetization.

How to prevent demagnetization of permanent magnet motor?

The development of permanent magnet motor has a history of more than 100 years. Its permanent magnet materials (ferrite, NdFeB, etc.) are the core of the motor. As the most excellent material at present, NdFeB has been widely used. In its use, the design of demagnetization treatment has to be avoided. Take n42sh material as an example.
1. Demagnetization curve
The following are n42sh related parameters: 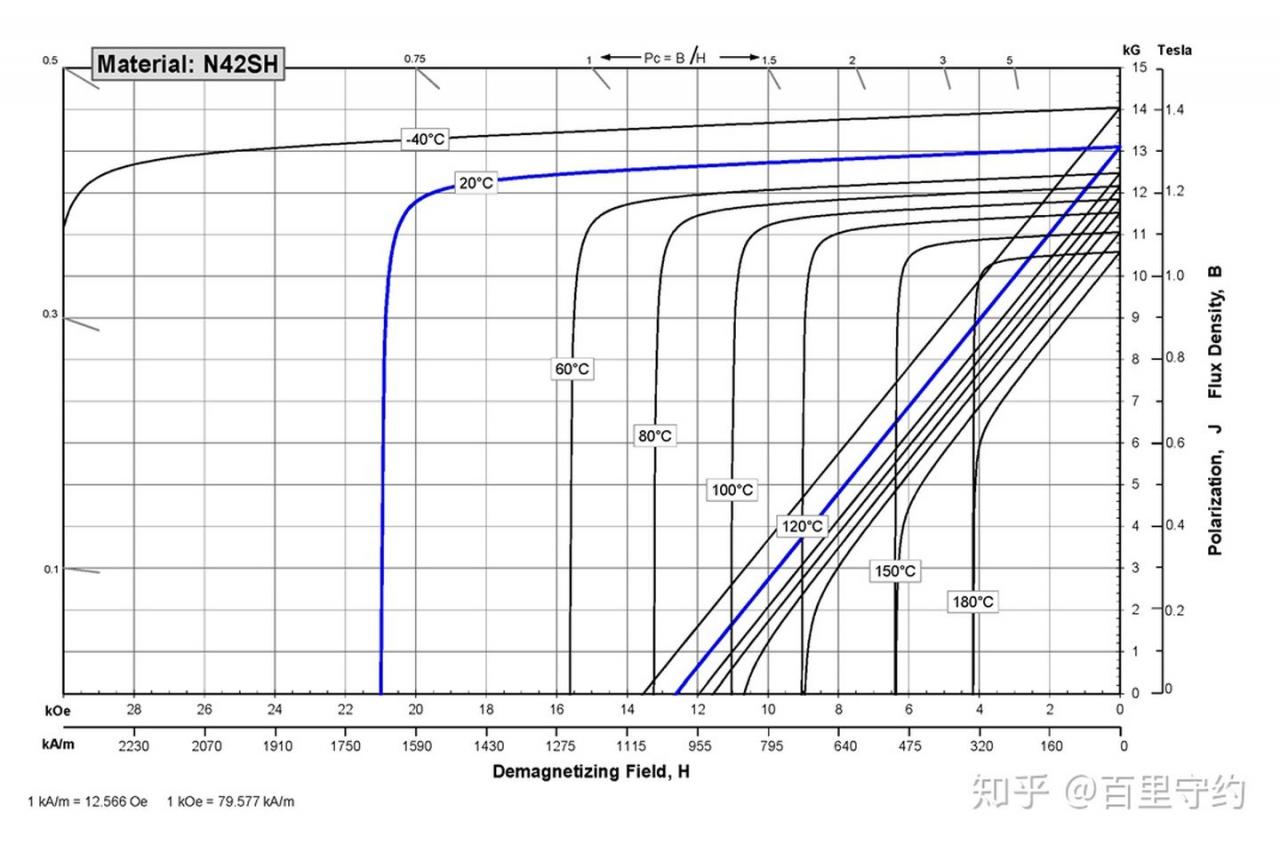 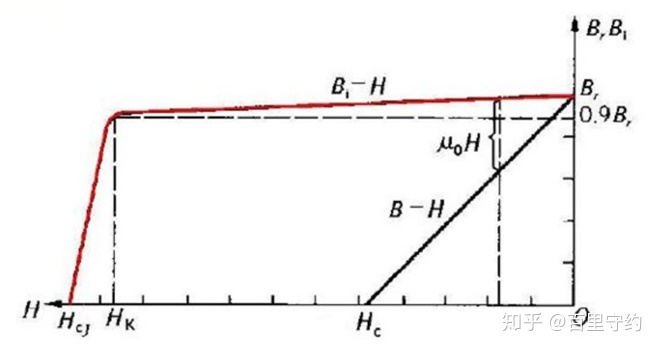 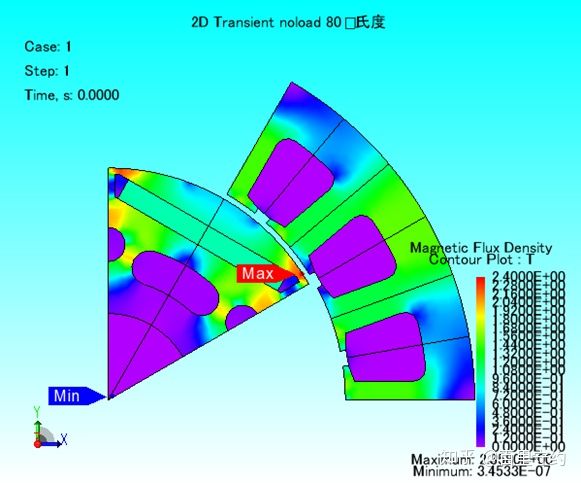 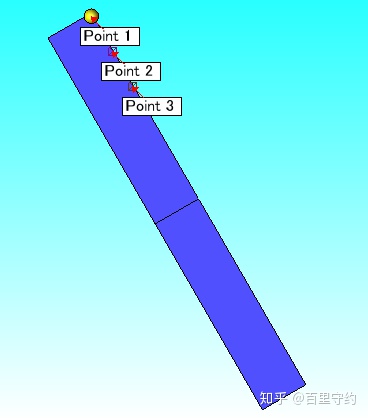 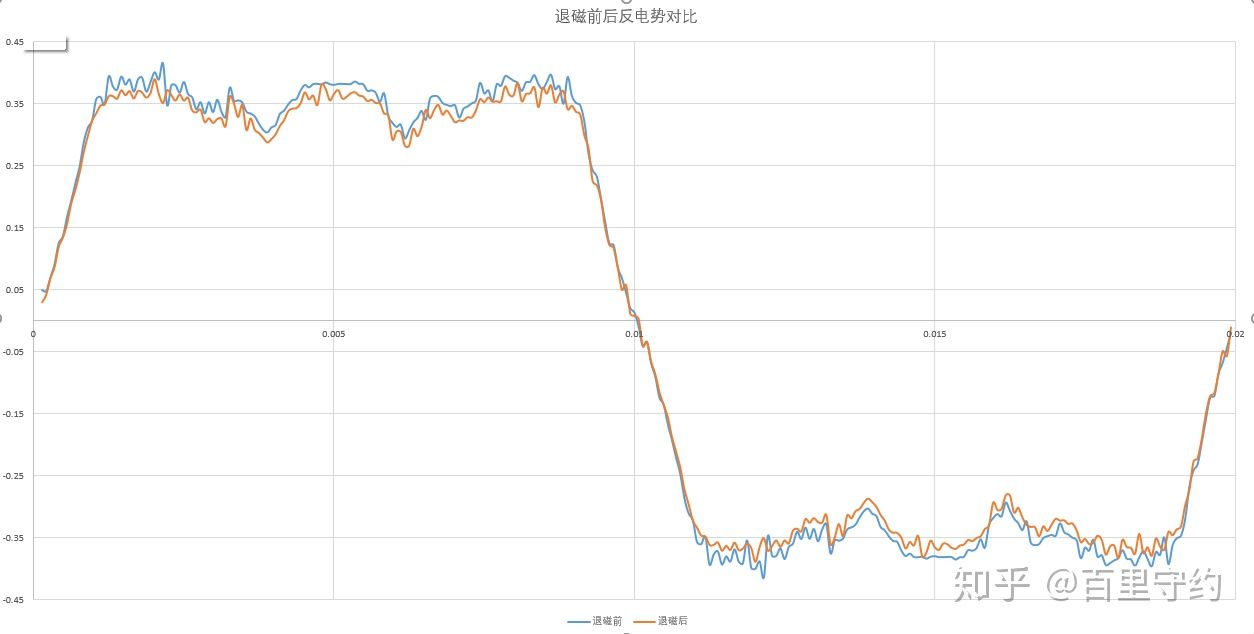 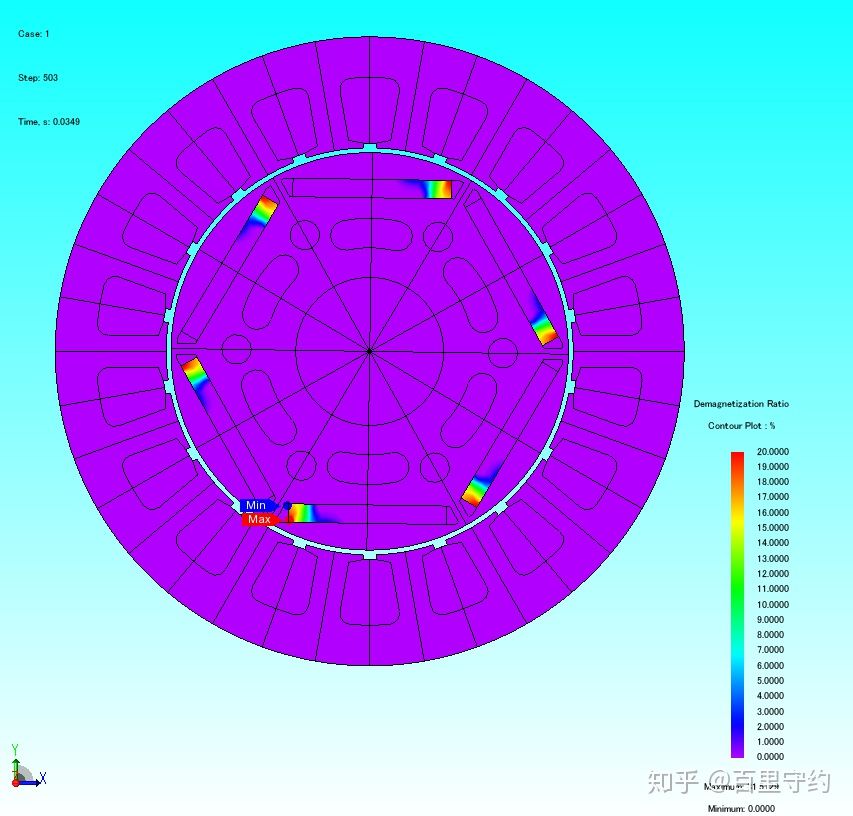