What is a magnetic domain

What is a magnetic domain? 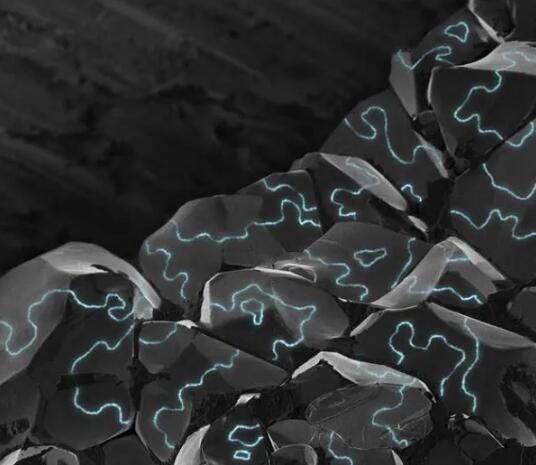 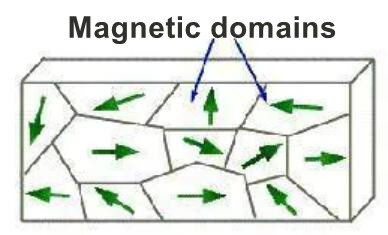 Magnetic domains are small magnetized regions with different directions in order to reduce the magnetostatic energy during the spontaneous magnetization of ferromagnetic materials. Each region contains a large number of atoms, and the magnetic moments of these atoms are as neat as small magnets. Arrangement, but the directions of the atomic magnetic moments are different between adjacent different regions. The interface between each magnetic domain is called a magnetic domain wall.
The formation of magnetic domains can be simply understood as reducing the magnetic dipole energy carried by the stray field full of external space, that is, the demagnetization energy. The following figure c-ⅰ is a single-domain magnet with a large stray field distribution area. In order to weaken this area, the magnet will spontaneously redistribute the magnetic moment and form magnetic domains. The most intuitive redistribution is to form the upper and lower domains as shown in Figure c-ii, and the stray field can be greatly weakened. If the upper and lower four domains are further formed, as shown in Figure c-iii, the stray field will be further weakened. However, this process will in turn increase the magnetostatic exchange energy, which can be roughly understood as domain wall energy. The final shape and size of magnetic domains are the products of competition between magnetic dipole energy and exchange energy. If the size and appearance of the ferromagnetic sample change, the morphology of the magnetic domain will have a rich expression, such as the formation of a domain structure like Figure c-ⅴ. 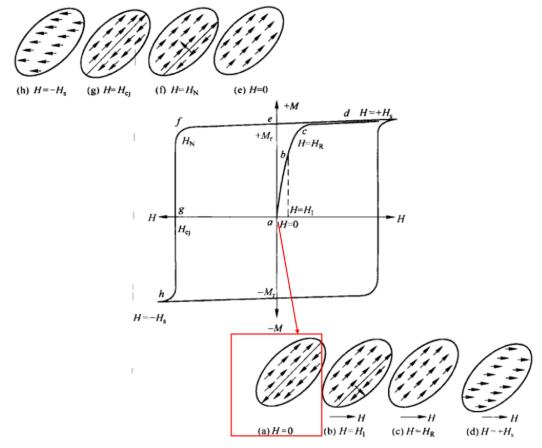 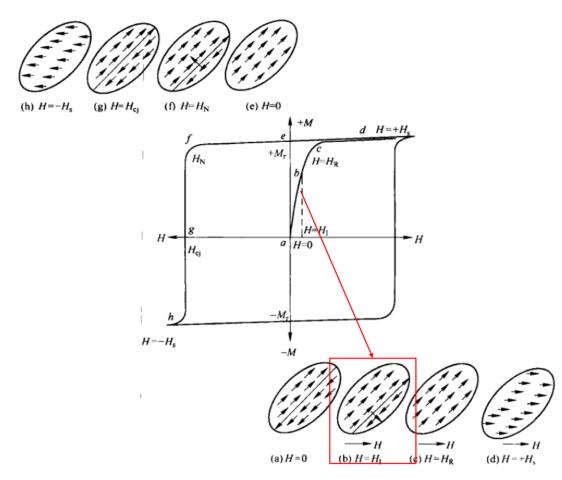 When the external magnetic field increases HR, that is, at point C in the figure, the domain wall displacement has ended, and the 180 ° domain wall has been driven out of the magnet. The whole magnet is a single domain body, and the atomic magnetic moment still stays in the direction of the original magnetic moment of the upper domain. As shown in figure (c), from point a to point C, that is, the process of technical magnetization, is the process of domain wall displacement. 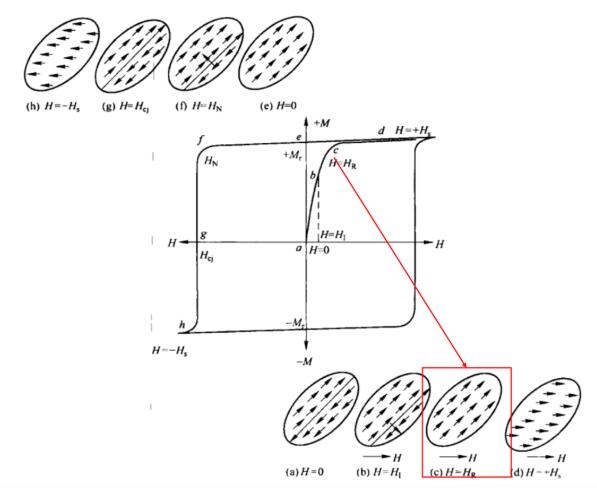 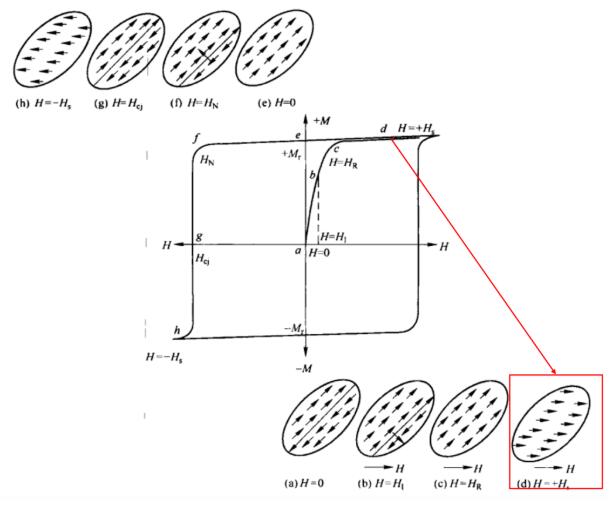 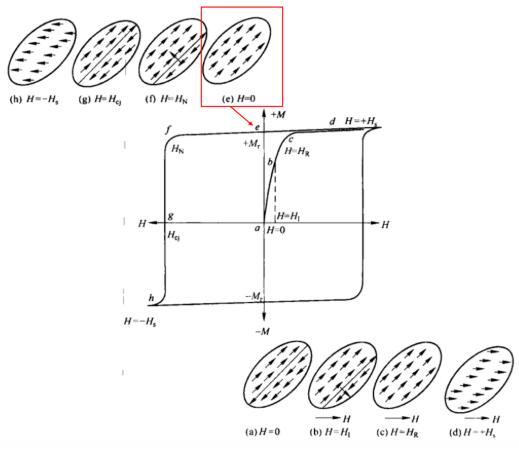