What are Magnet Grades?

NdFeB magnets come in different grades, such as N42, N52 or N42SH. What do these numbers mean? What characteristics of magnets are involved in various grades?

What are Magnet Grades?

In general, higher numbers indicate stronger magnets. N52 is more magnetic than N42. These figures come from the actual material properties, which are expressed as the maximum magnetic energy product of the magnet material. It represents the demagnetization curve of the magnet. If you have two magnets of the same size and different brands, you will find that the magnet of high brand is much stronger.

How to measure the strength of a magnet?

This requires testing the magnetic field strength of a magnet. Gauss meter is usually used.

Magnets are commonly used in electric motors, generators, refrigerators, credit and debit cards, and in electronic devices such as electric guitar pickups, stereo speakers, and computer hard drives. They can be permanent magnets made of the natural magnetic form of iron or alloy, or they can be electromagnets. When the current passes through the wire coil wound on the iron core, the electromagnetic field will be generated. There are several factors that affect the strength of the magnetic field, and there are many ways to determine the strength of these magnetic fields. Both are described in the following article. Consider the properties of magnets. The magnetic properties are described using the following characteristics: coercivity of the magnetic field, abbreviated as Hc. 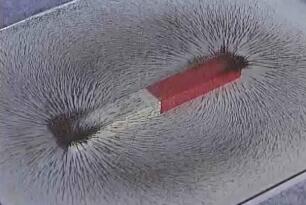 The magnetic field intensity is expressed in Gauss, which depends on the size, shape and grade of the product.

Use the following characteristics to describe the magnetic properties:

Permanent magnets are usually made of one of the following materials:

Typical Physical and Chemical Properties of Some Magnetic Materials

What kind of magnet should I choose?

This depends on the range of application of the magnet, such as: need to absorb multiple objects, at what temperature of the working environment.
Comparison of NdFeB with other magnets

NdFeB magnets are the most powerful type of permanent magnets available. The progress of magnets is the history of improving coercivity. Neodymium magnets are all strong and are not easy to demagnetize than other types of magnets.

Where does the number of N come from? 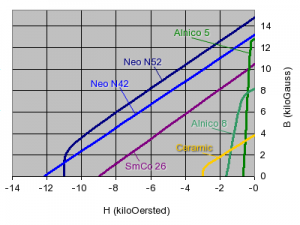 Let’s take the n42h magnet as an example.
N: It stands for NdFeB.
42: represents the maximum magnetic energy product of 42mgoe.
H: It represents high coercivity
The figure below is the international standard for physical parameters and properties of sintered NdFeB (small part). 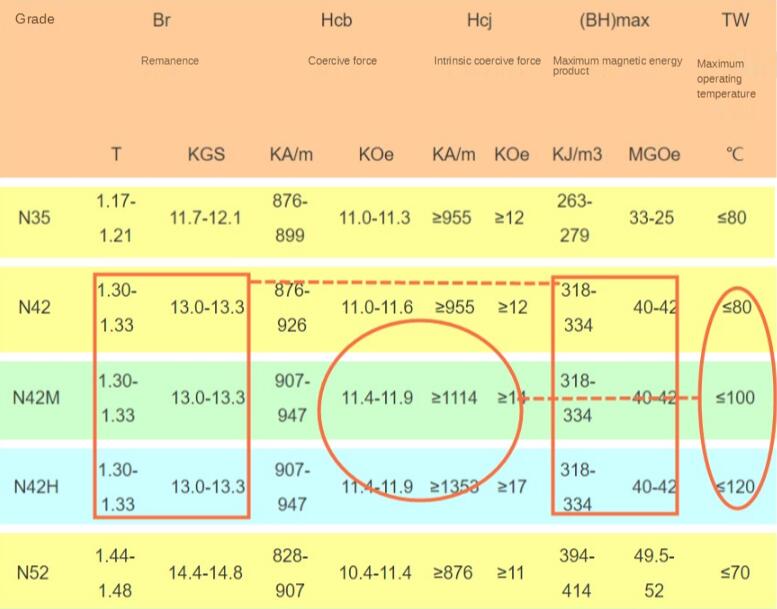 The digital meaning of 42

The meaning of H

The origin of data

The figure above is the physical parameter standard of N42H, so let’s see whether the BH demagnetization curve figure (2) below is up to the standard according to the N42H brand material test. 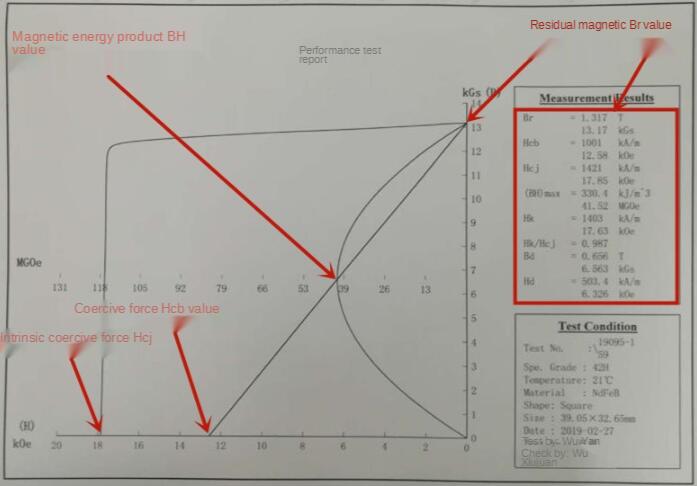 Look at the picture

The final verification result: the data obtained from Figure 2 (BH demagnetization curve) meets the physical parameter standard of N42H in Figure 1. According to this, the N42H magnet grade material tested is qualified.

As magnetic property might be changed by dimensions and/or shapes, some magnet design might not refer to the above property.


The thermal properties listed above are usually the value class or material associated with each magnet.

Each layer of nickel and copper is 5-7 microns thick. The electrodeposited layer of gold and silver is 1-2 microns thick.
The test results are displayed for comparison between plating options. Your application performance may vary under your specific test conditions. The salt spray test was carried out with 5% NaCl solution at 35 ℃. The pressure cooking test (PCT) was conducted at 2 atmospheres, 120 ℃, 100% RH.

Grain boundary diffusion technology Can reduce the use volume of the rare earth (dysprosium /terbium) so that it can save the heavy rare earth resource effectively, and decreases the production cost of the magnet as well as enhance the comprehensive cost performance of high grade neodymium magnet. 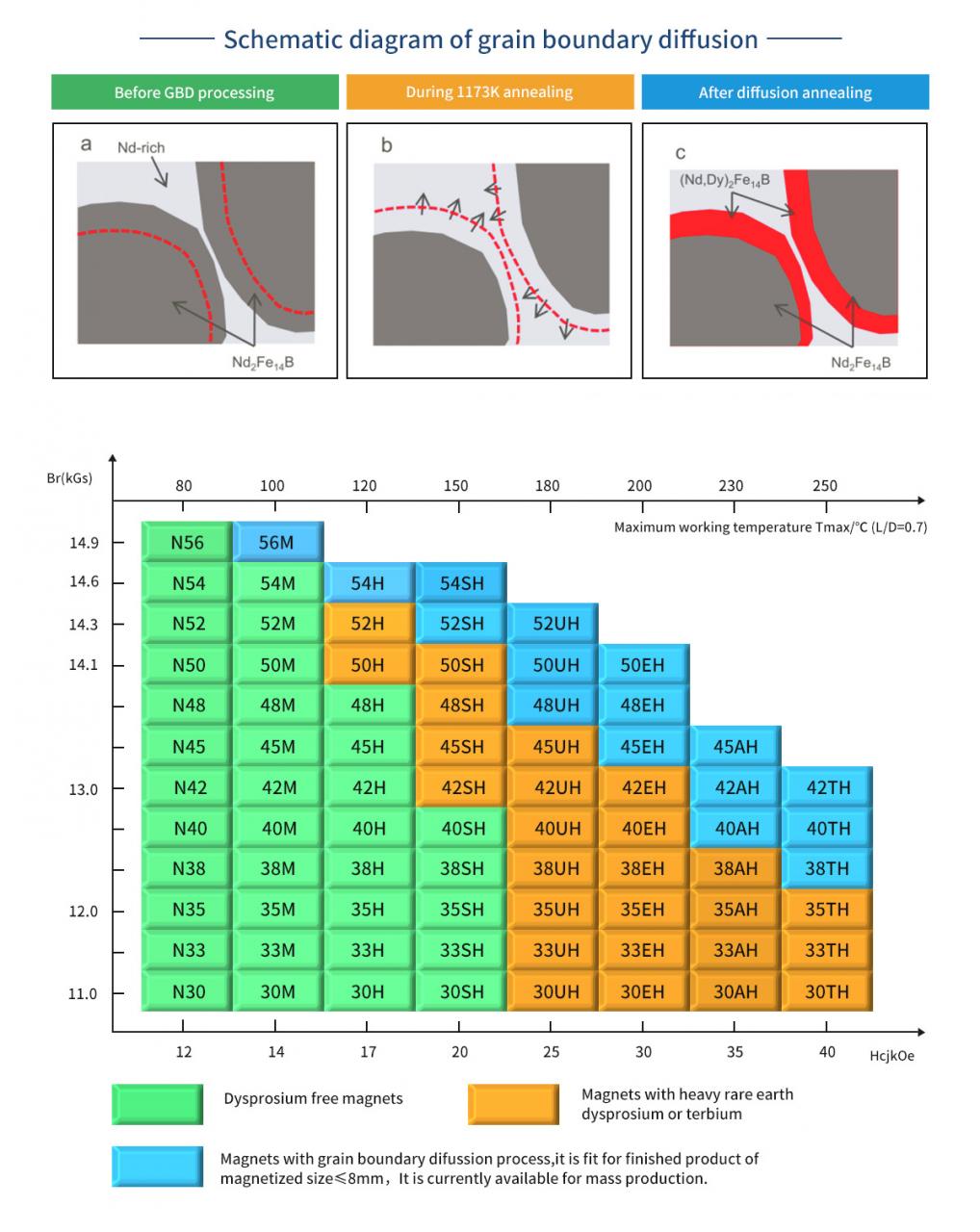 Samarium cobalt magnet is a kind of rare earth magnet. It is a kind of magnetic tool material which is made of samarium, cobalt and other rare earth metal materials by mixing, melting into alloy, crushing, pressing and sintering.
SmCo magnets have high magnetic energy product and very low temperature coefficient. The maximum working temperature can reach 350 ℃, and the negative temperature is unlimited. When the working temperature is above 180 ℃, the maximum magnetic energy product (BHmax), coercivity, temperature stability and chemical stability of SmCo magnets are better than those of NdFeB magnets.
SmCo magnets have strong corrosion resistance and oxidation resistance, so they are widely used in aerospace, national defense and military industry, microwave devices, communication, medical equipment, instruments, meters, various magnetic transmission devices, sensors, magnetic processors, motors, magnetic cranes, etc.
The maximum energy product (BHmax) of SmCo magnets ranges from 16 mgoe to 32 mgoe, and its theoretical limit is 34 mgoe.

The magnetic energy product of SmCo5 magnetic steel is lower than that of Sm2Co17, but its machinability is better, so it is suitable for machining special shape parts.

Sm2Co17 magnetic energy product can achieve 28mgoe, which has excellent magnetic properties and is cheaper than SmCo5.

Very good coercivity.
Good temperature stability (maximum operating temperature 250 to 350 ℃, Curie temperature 700 to 800 ℃).
It is expensive and vulnerable to price fluctuations (cobalt market price sensitive).
The material is brittle, and the general shape is square and round.
Due to the high difficulty of processing, SmCo magnets with complex shapes will be more expensive.
Brittle material, easy to produce small missing angle, the appearance of the high requirements of customers with caution.

Note: Other shapes of sintered SmCo magnets can also be tailored according to customers’ specific requirements.

Ferrite permanent magnet is made from SRO or Bao and Fe2O3 by sintering ceramic process. Because the raw materials are cheap and the production process is relatively simple, the finished product price is relatively low compared with other magnets. The main raw material of ferrite magnet is oxide, so it is not corroded by environment or chemical substances (except strong acid), so the surface does not need electroplating treatment. Mainly used in crafts, accessories, toys, motors, loudspeakers, etc. 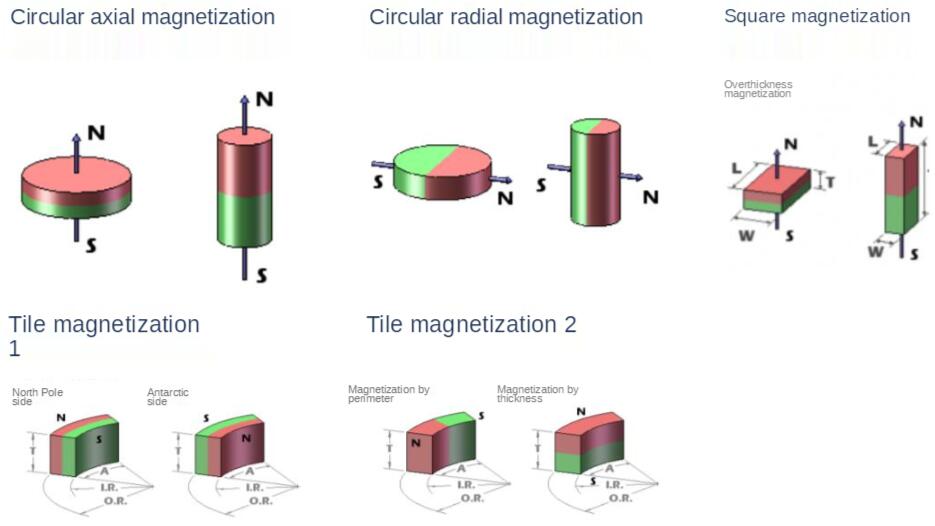