The excellent magnetic properties of sintered NdFeB promote the development of miniaturization and high energy efficiency of permanent magnet synchronous motor. However, the reverse magnetic field, abnormal temperature rise and mechanical vibration in the working environment may lead to irreversible demagnetization, seriously affect the output power and torque of the motor, and even cause serious motor failure. At present, the risk assessment of irreversible demagnetization is mostly focused on the material flux In this paper, the local irreversible demagnetization behavior which may be caused by the reverse magnetic field in the actual working process of the motor is simulated under the off load condition, and the local demagnetization behavior and microstructure of the material are studied, which has important reference value for the application risk assessment and risk control of the material under the actual working condition of the permanent magnet motor. 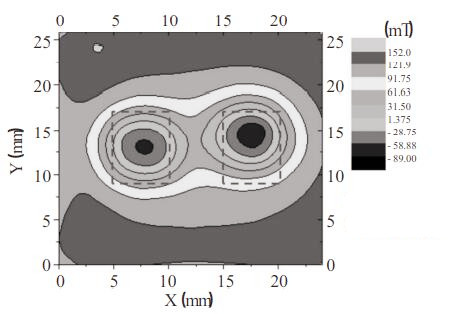 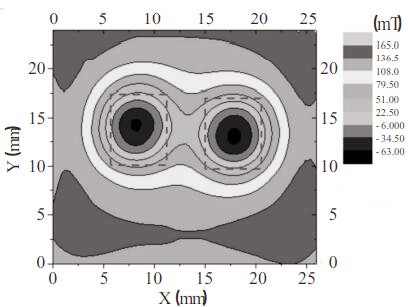 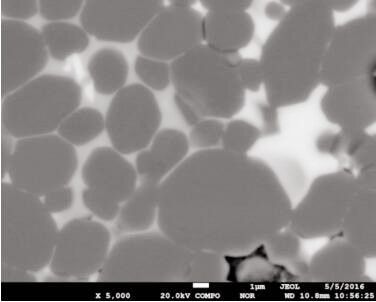 Fig.3 SEM results of N45h sintered NdFeB
It can be seen from Fig. 3 that N45h has a very ideal microstructure. The main phase grain morphology is round and separated by a large number of rare earth rich phases. However, in the analysis results of the grain boundary phase by SEM, in addition to the conventional white rare earth rich phase, there are also a large number of gray grain boundary phases. Further EDS micro composition analysis shows that N45h is a 6:13:1 phase, which is the most common in the world Based on the local demagnetization behavior of N45h, it can be inferred that a certain amount of ferromagnetic grain boundary phase is distributed in the grain boundary of the magnet. Therefore, it is very likely that the 6:13:1 phase is weak ferromagnetism, which leads to the enhancement of magnetic coupling between the main phase grains.