Passivation refers to a process in which the metal is oxidized by a strong oxidant or electrochemical method to make the surface inactive, that is, passivation. It is a method to transform the metal surface into a state that is not easy to be oxidized and delay the corrosion rate of the metal. In addition, a phenomenon in which the chemical activity of an active metal or alloy is greatly reduced and becomes a noble metal state is also called passivation.

Passivation, if the corrosion product generated by the metal due to the action of the medium has a dense structure, a thin film (often invisible) is formed, and it covers the surface of the metal closely, which changes the surface state of the metal and makes the metal electrode The potential greatly jumps in the positive direction and becomes a passive state for corrosion resistance. For example, when Fe→Fe2+, the standard potential is -0.44V, and it jumps to +0.5～1V after passivation, and it shows corrosion-resistant precious metal performance. This film is called passivation film.
Metal passivation may also be a spontaneous process (such as the formation of a layer of insoluble compounds on the surface of the metal, that is, an oxide film). In industry, passivation agents (mainly oxidants) are used to passivate metals to form a protective film.

The surface protection of NdFeB permanent magnets has three aspects:

NdFeB passivation is similar to phosphating, in that a protective film is formed on the surface of the NdFeB magnet by chemical methods to achieve the purpose of anti-corrosion of the magnet. Surface chemical conversion coating technology is a common method of surface treatment. At present, NdFeB surface chemical conversion coating treatment mainly uses phosphating technology, mostly zinc or iron phosphating. The phosphating film itself has poor corrosion resistance and often does not It does not independently undertake the anti-corrosion effect, but cooperates with electrophoresis, coating, etc. as the outer layer of composite anti-corrosion. At the same time, phosphoric acid and phosphate compounds are used in a large amount in the phosphating process, which is prone to phosphorus pollution and causes adverse consequences such as eutrophication of water bodies. The environment is not friendly. Compared with the phosphating agent, the passivating agent has simple components, does not contain phosphoric acid and phosphate compounds, and is more environmentally friendly. 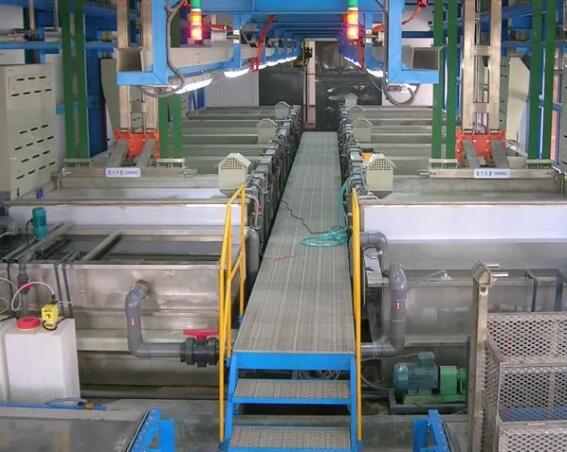 Degreasing can only remove grease, dust, sweat and attached metal chips on the surface of the NdFeB, but not the rust on the magnet. The oil stains on the surface of NdFeB are brought from the processing of materials, such as anti-rust grease used to prevent rust during storage and transportation, and cutting fluid that parts contact during cutting.
Before further surface treatment of NdFeB, the oil on the surface must be cleaned, otherwise the surface chemical conversion, electroplating or coating quality will be affected. Due to the wide range of sources and types of oil pollution, the degree of pollution varies greatly, so the problem of oil removal is very complicated. In order not to cause corrosion and subsequent residue in the degreasing process, try to use a degreasing agent with low free alkalinity and total alkalinity.

The purpose of pickling is to remove the black ash and rust left on the surface of NdFeB. Pickling liquid generally uses 2%~4% nitric acid, and the time is 0.5~2.0 min. Both high acid concentration and long pickling time are detrimental to the magnet.

The passivation treatment method is to place the magnet in a container containing passivation solution, soak or spray for a period of time, or use the magnet as an anode to pass polarization to achieve passivation, that is, a passivation film is formed on the surface. Passivation, as an important surface anti-corrosion treatment method, is widely used in many metals, especially metals such as aluminum, zinc, cadmium, tin and magnesium and their alloy materials.
Traditional passivation treatments mostly use chromic acid and chromate as treatment agents, called chromate passivation. The chromate conversion film formed on the metal surface after treatment has a good corrosion protection effect on the base metal. . As a separate protective film, the passivation treatment is simple, practical, and low in cost, and was widely used in the early development of NdFeB. But its fatal weakness is the toxic chromium Cr (Ⅵ), which is harmful to the human body and the environment, which has prompted people to actively carry out research on effective alternative technologies. In recent years, my country has many patents for passivation agents. There is a passivation agent for neodymium iron boron magnets, including: oxalic acid, surfactants and complexing agents. Its composition is simple, and it has the functions of degreasing, rust removal and passivation at the same time. Without the use of phosphoric acid and phosphate compounds, it is a more convenient and environmentally friendly passivation agent for NdFeB magnets.
In recent years, the corrosion resistance requirements for NdFeB conversion coatings have become higher and higher, and it is difficult to meet the requirements by single passivation technology. The commonly used process is to use composite conversion coating technology, that is, phosphating and then passivating, by filling phosphorus The pores of the chemical film can effectively improve the corrosion resistance of the composite conversion film.
Source: China Permanent Magnet Manufacturer – www.rizinia.com