The generation of magnetic field can be divided into two aspects: one is based on the moving current (electromagnetic induction), the other is based on the spin of the basic particles of matter. The first is the familiar magnetic effect of electric current, which is caused by the directional movement of free electrons after the wire is electrified. The second is the magnetic field produced by matter itself, which we will mainly introduce today.
All things in the world have magnetism, ranging from the tables and chairs around us to the planets and the sun in the universe. No matter what state they are in (crystalline, amorphous, liquid and gaseous), high or low temperature, high or low pressure, they all have magnetism. The difference is that some substances have strong magnetism, some have weak magnetism, but they can be said to have no magnetism Matter doesn’t exist.
According to their characteristics in the external magnetic field, substances can be divided into five categories: paramagnetic substances, diamagnetic substances, ferromagnetic substances, ferromagnetic substances and antiferromagnetic substances. So what’s the reason that makes matter magnetic? What causes different substances to have the above different characteristics? It starts with the atom, the basis of matter. 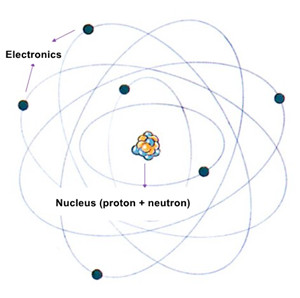 Magnetic moment of atom in crystal

On the M ~ H magnetization curve, the ratio of m to h at any point is called susceptibility, which is expressed by χ. χ= M/H, where the unit of M is A/m, and the unit of H is also A/m, so it is relative susceptibility, and there is no unit.
We use the above parameters to describe the magnetic properties of materials and classify them. 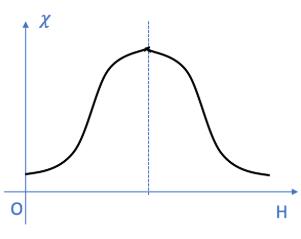