Magnetic moment and flux: can be converted by coil constant 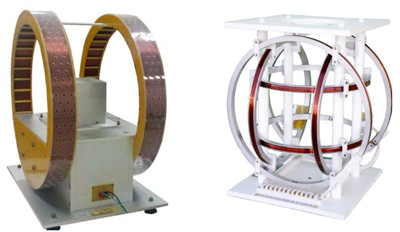 The picture comes from the network · Helmholtz coil

It should be noted that in the process of production and trading, it is very common to measure the magnetic moment of finished products or permanent magnets with special shapes by pulling coils under open circuit. However, the measurement repeatability of the measuring devices built by general enterprises is poor due to the influence of coil calibration, operation methods and other factors.
The calibration of the test coil requires a constant current to test the magnetic field under zero magnetic field environment, and then the constant of the test coil can be obtained. However, there are only a few zero magnetic field laboratories in the world, so the calibration of test coil is difficult to promote in the industry. The lack of calibration of test coil will directly affect the accuracy and reliability of the test, and may bring some trade disputes.

Magnetic moment and remanence: it has a function relationship and is closely related to the size of the magnet

The figure below is the calculation formula for calculating the Pc of NdFeB permanent magnets of different shapes found on the Internet by yueci for your reference (different types of magnets have different Pc calculation methods, and the following formula is only applicable to sintered NdFeB). 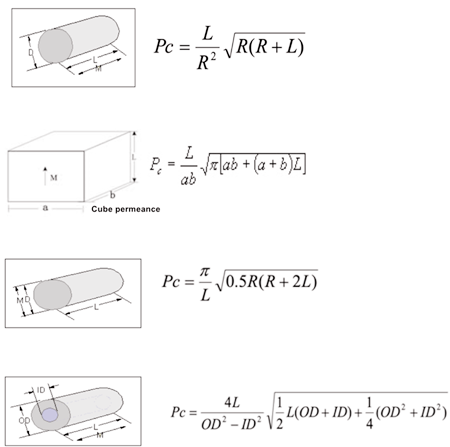