How does motor work?

Why the motor will rotate as long as it is powered on, why there are magnets and coils in the motor. This video visually explains the transformation relationship between electricity and magnetism, and how to drive the motor to rotate through the connection between electromagnetism:

Motor is a kind of electromagnetic device based on the law of electromagnetic induction to achieve power conversion. In the circuit with the letter M, its main function is to generate driving torque, can be used as a power source of electrical equipment.

Stator core: part of the magnetic circuit of a motor on which the stator winding is placed.
Stator winding: it is the circuit part of the motor, which is connected with three-phase alternating current to generate rotating magnetic field.
Frame: fix the stator core and the front and rear end covers to support the rotor, and play the role of protection and heat dissipation.

Rotor core: as a part of the magnetic circuit of the motor, the rotor winding is placed in the core slot.
Rotor winding: cutting the rotating magnetic field of stator to produce induced electromotive force and current, and form electromagnetic torque to make the motor rotate.

DC motor is a kind of motor that converts DC electric energy into mechanical energy. Stepping motor is an open-loop control unit which converts electric pulse signal into angular displacement or linear displacement. In the case of non overload, the speed and stop position of the motor only depend on the frequency and pulse number of the pulse signal, and are not affected by the load change. When the stepper driver receives a pulse signal, it drives the stepper motor to rotate a fixed angle according to the set direction. The angular displacement can be controlled by controlling the number of pulses, so as to achieve the purpose of accurate positioning; at the same time, the motor speed and acceleration can be controlled by controlling the pulse frequency, so as to achieve the purpose of speed regulation.

Induction motor is a kind of AC motor which generates electromagnetic torque by the interaction of air gap rotating magnetic field and rotor winding induced current, so as to realize the conversion of electrical energy into mechanical energy.

In the AC motor, when the stator winding passes through the AC current, the armature magnetomotive force is established, which has a great influence on the energy conversion and operation performance of the motor. The pulsating magnetomotive force (MMF) generated by single-phase AC winding is decomposed into the sum of two rotating MMFs with equal amplitude and opposite speed, so as to establish the sum of forward and reverse magnetic fields in the air gap. The two rotating magnetic fields cut the rotor conductor and generate induced electromotive force and induced current in the rotor conductor respectively. 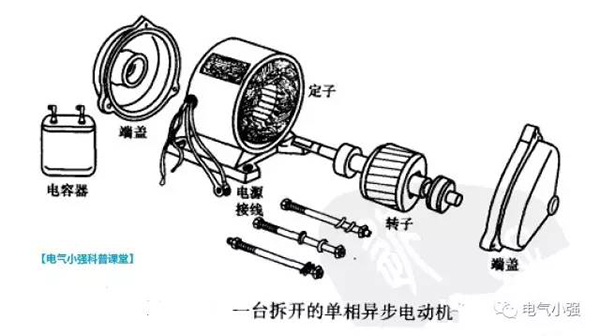 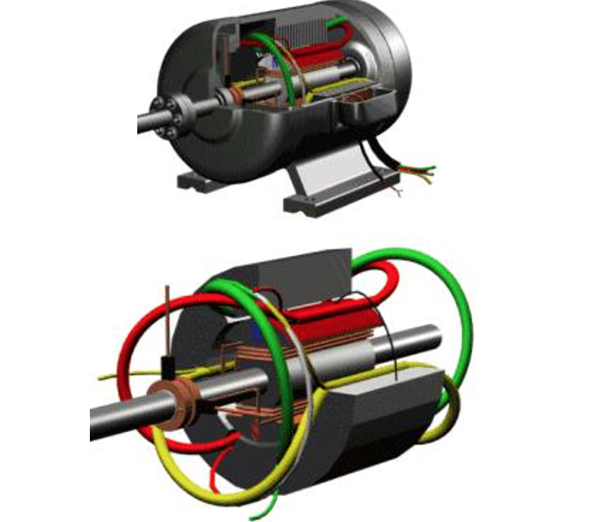