Development status and prospects of rare earth NdFeB materials in 2021

Nd-Fe-B is the main material of permanent magnet

Permanent magnet materials work in the second quadrant demagnetization part of the hysteresis loop after deep magnetic saturation and magnetization. As an important basic magnetic functional material, it has a wide range of applications. China’s permanent magnet material industry plays an important role in the world. There are not only many enterprises engaged in production and application, but also research work has been in the ascendant. 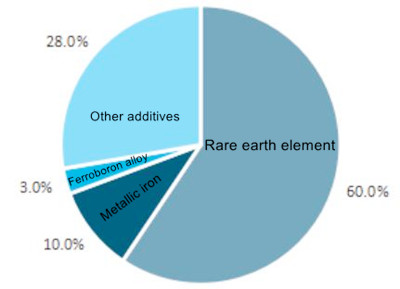 According to the different manufacturing process, NdFeB permanent magnet materials can be divided into sintering, bonding and hot pressing. They have their own characteristics in performance and application. The overlapping range of downstream application fields is relatively small. They play a complementary role rather than a substitute or crowding role.

Rare earth NdFeB materials are widely used in the world 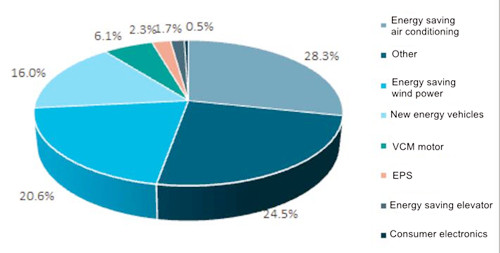 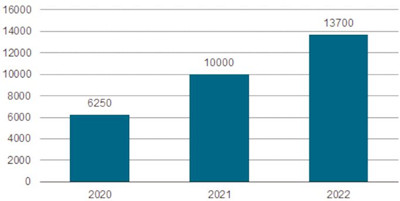 Table 5: high performance NdFeB is widely used and there is no substitute material at present

According to the data of China Rare Earth Industry Association in 2019, the output of sintered NdFeB blanks was 170000 tons, accounting for 94.3% of the total output of NdFeB magnetic materials in that year, bonded NdFeB accounted for 4.4%, and other total output accounted for only 1.3%. The data show that sintered NdFeB is the most widely used NdFeB material with the largest output. 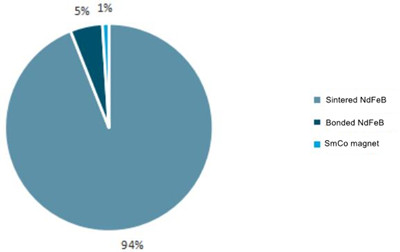 Figure 6: Classification of NdFeB permanent magnet materials in China in 2020 (unit:%)
China’s NdFeB production capacity is mainly concentrated in Zhejiang, Shanxi, Shandong, Inner Mongolia and other places. Among them, Zhejiang has the advantage of industrial concentration, numerous enterprises and comprehensive development of industrial chain, with an annual capacity of 115600 tons, accounting for 38.7% of the total domestic capacity.

Output expected to continue to rise

It can be seen from the previous analysis that the global downstream consumption of NdFeB is distributed in the motor industry, public transportation and railway, intelligent robots, wind power generation and new energy vehicles. The growth rate of the above industries in the next five years will all exceed 10%, which will lead to the increase of NdFeB production in China. Although ferrite is the main component of permanent magnet materials at the present stage, the price and functional advantages of rare earth NdFeB are deeply remembered. It is predicted that the output of NdFeB in China will keep a growth rate of 6% in the next five years, and will exceed 260000 tons by 2025.