Different product grades of sintered NdFeB have different properties. In short, the number represents the maximum magnetic energy product of the product. The larger the number, the greater the maximum magnetic energy product; the letter after the number represents the classification of its intrinsic coercivity, and the backward the brand, the greater the intrinsic coercivity. 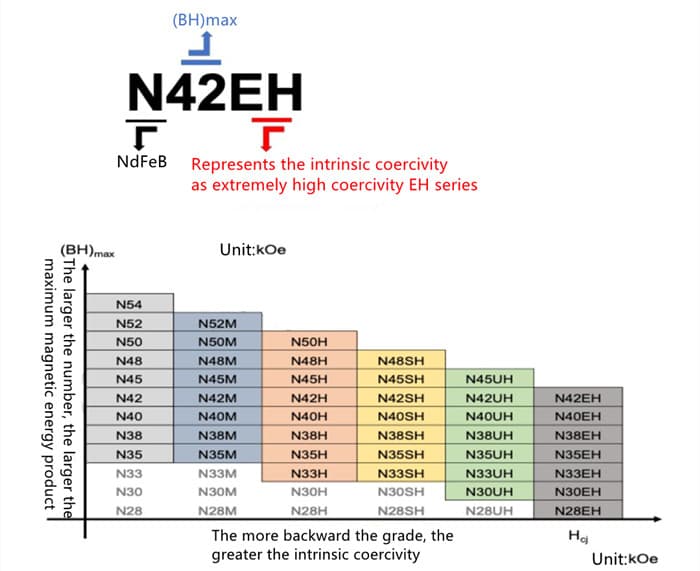 When it comes to the relationship between temperature and magnetism, we must first understand a concept-“Curie temperature”. Does it feel familiar to hear the word Curie? Did you think of the famous madame curie? This concept is barely related to madame curie.